Supporting the production of resonating advertisements 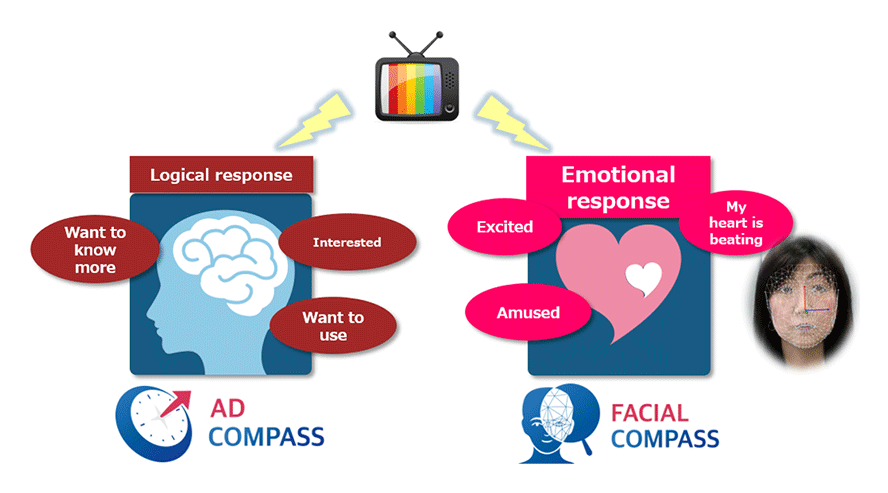 What is facial analysis?

Based on a branch of study (FACS theory) which analyzes what kind of emotion the person is experiencing based on their facial muscle movements.
INTAGE uses it mainly for the evaluation of advertisement materials such as TV commercials or website video clips. In addition, we are now using it in other areas as well. 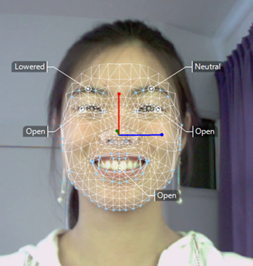 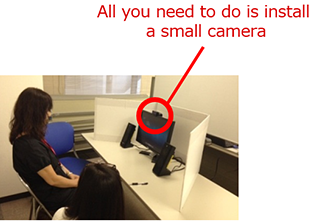 As this research just records the facial expressions using a camera while the subject is viewing the advertisement, compared with other non-verbal methods of research, it puts less of a burden on the subject, making it possible to conduct it at a lower cost. It allows you to conduct quantitative research.

How to use Facial Compass

Viewers are responding to those scenes that have attracted their attention, got them concerned, or struck a chord with them

This is the response when the viewer has a positive feeling. You can see this not just when they are amused, but also when they are viewing a peaceful scene. 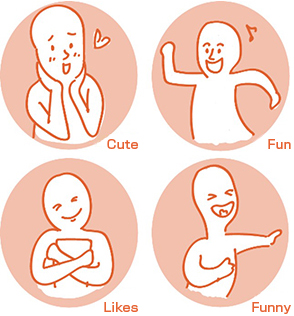 The response you can see when the viewers are trying to understand or thinking about what is being communicated through the scene. Although it does not happen very often, we can also observe a similar response when they feel a negative impression.

* Depending on the scene, it could be a negative feeling

Check specifically which part of the proposed advertisement should be improved

As we can see some scenes which result in a lot of facial responses and others which result in no response second by second, we make proposals to improve those scenes that do not cause any response.
In addition, it’s also possible to evaluate the material by referring to those advertisement conditions which are most likely to be effective, figured out by the database of evaluated advertisement material which INTAGE implemented in the past. 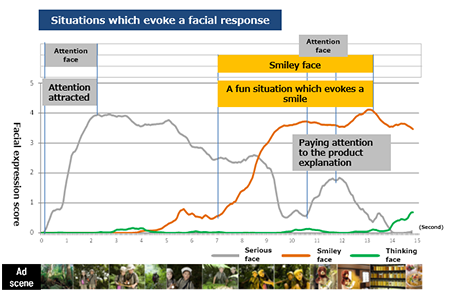 A change of mind (facial expression) while the subject is viewing the advertisement is visualized in a chart
・Even if it is only 15 seconds, if it results in a significant response across different indexes, that is a good advertisement
・If there is a scene that does not result in any response, we improve it so that it evokes a response 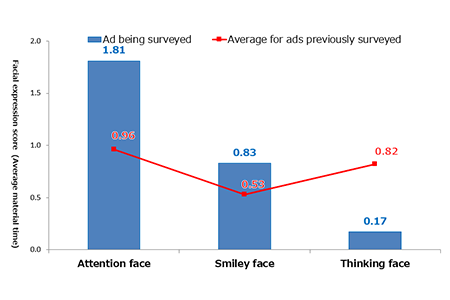 We propose the sort of marketing research that can deal with your company's challenges.

Please feel free to contact us. The relevant team member will get in touch with you.

Inquiry for our services

Services recommended for those viewing this page

By carrying out quantitative evaluation of TV advertisements using ease of recognition and effectiveness in inducing behavioral change as an index, we allow you to improve the expressions to become more effective.

[Supports Online Research]
A qualitative research method where we have round-table discussions or one-to-one interviews depending on the purpose of the research. We also offer a variety of modern facilities for you to listen to the voices of real consumers or observe them live.